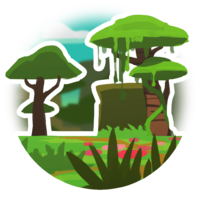 "Like a flower blooming from a rocky crack, this emerald expanse hints at what could be." -Slimepedia

The Mossy Overgrowth consists of many slimes including the Honey slime, Boom slime, Tabby, Pink, Rocky, Phosphor, Puddle, and since the v0.3.5c update, Hunter slimes! Alike to the Indigo Quarry, and virtually everywhere else, the Tarr are formed often because of the vast array of slimes and foodies. Foods native here include Mint Mangos, Briar Hens, and, for slime science, Wild Honey. The Boom slimes and the Tabby slimes hunt for their meaty prey as the Honey slimes and the Puddle slimes happily enjoy the freedom and the mystery of The Mossy Overgrowth.

Cost: One slime key(or you could possibly fly over if you really wanted to... but you won't get the full-gaming-experience by cheating)

Directions: You can get there by either walking/running or teleportation from the Overgrowth at the Ranch. If you're going on foot, beware of the feral largo slimes on the way there, if you'd like to just run by then go ahead but if you plan on running right through again, I'd advise you to bring Cuberries to feed the feral slimes in order to tame them.

Special Items/Gordo(s): There is so far only the Honey Gordo and as mentioned their favorite foodie is the Mint Mango. Feeding them the mangos will count for twice as many points than feeding a fruit other than the Mint Mango. After they explode, they give about 3-6 Honey slimes, money, at least one box and fruit. As mentioned before, the Wild Honey and Royal Jelly can both be obtained by placing an Apiary in the Mossy Overgrowth.

At the "end" of the Mossy Overgrowth, there is the portal to the Overgrowth Expansion at the Ranch that can be unlocked with coins to get back to the Ranch and vice versa. Not only are there multiple Treasure Pods, there are many areas (unfinished) 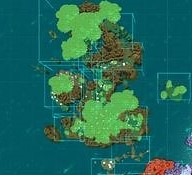 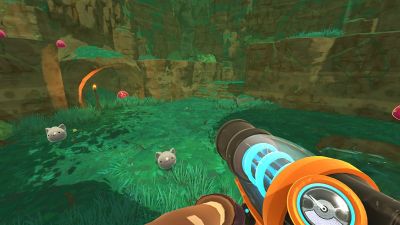 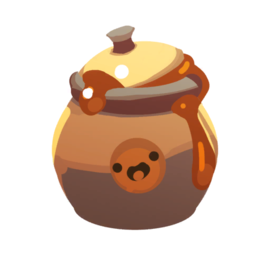